BALCKBIRD X5,
Standard Model “X-JET”
Produced for Marvel Comics
Showing internal details of
X-Men’s Blackbird which is
visually based on a
modified, scaled
up version of the
Lockheed SR-7
spyplane.

Apollo 13 was the seventh manned mission in the American Apollo space program and the third intended to land on the Moon. The craft was launched on April 11, 1970, at 13:13 CST from the Kennedy Space Center, Florida, but the lunar landing was aborted after an oxygen tank exploded two days later, crippling the Service Module (SM) upon which the Command Module (CM) depended. Despite great hardship caused by limited power, loss of cabin heat, shortage of potable water, and the critical need
to jury-rig the carbon dioxide removal system, the crew returned safely to
Earth on April 17.

Produced for Marvel and Haynes Publishing 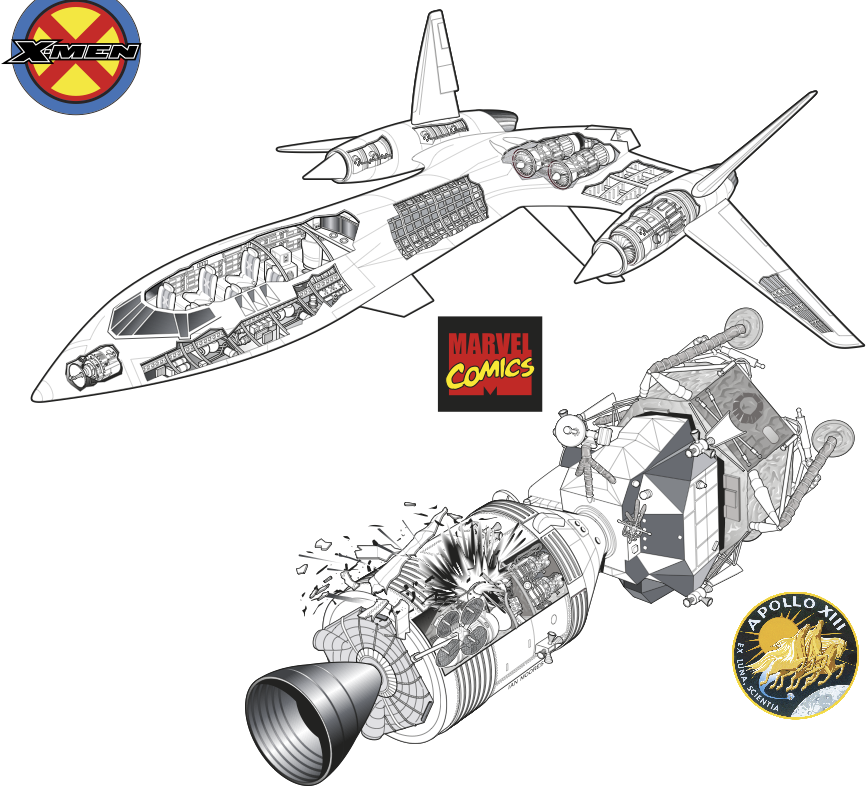