SKY-CYCLE 2
2000’s-era StarkTech TR-CLASS
Produced for Marvel Comics.
Showing what was inside the
modern version of Hawkeye’s
Sky-cycle works.

The Tank, Infantry, Mk IV (A22) was a British heavy infantry tank used in the Second World War, best known for its heavy
armour, large longitudinal chassis with
all-around tracks with multiple bogies,
and its use as the basis of many
specialist vehicles.
It was one of the heaviest Allied tanks
of the Second World War.

The origins of the design lay in the expectation that war in Europe might be fought under similar conditions to that of the First World War and emphasized the ability to cross difficult ground.

Produced for Marvel and Haynes Publishing 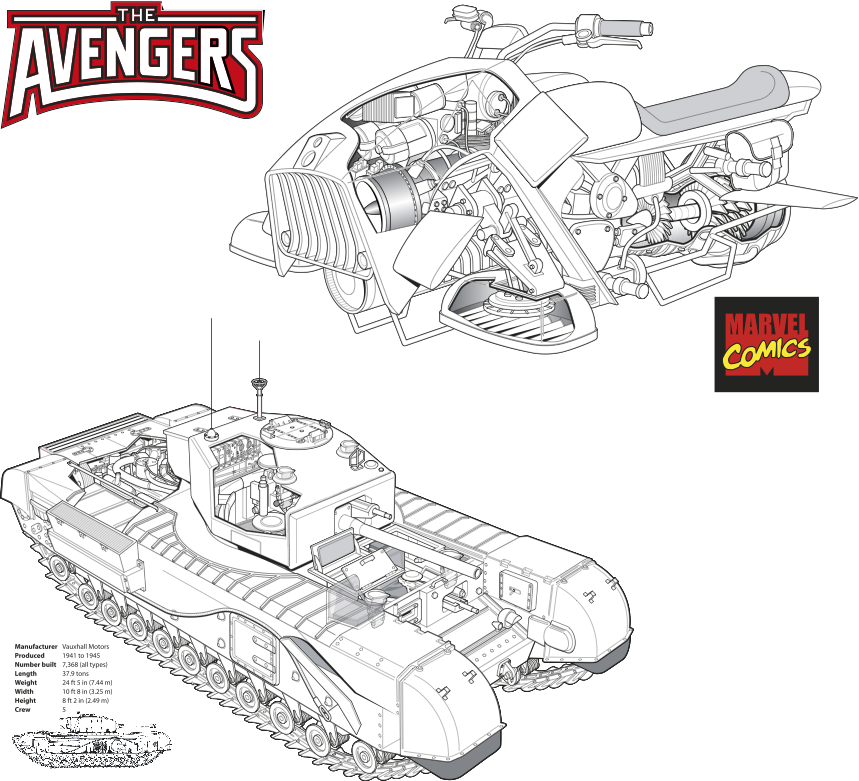